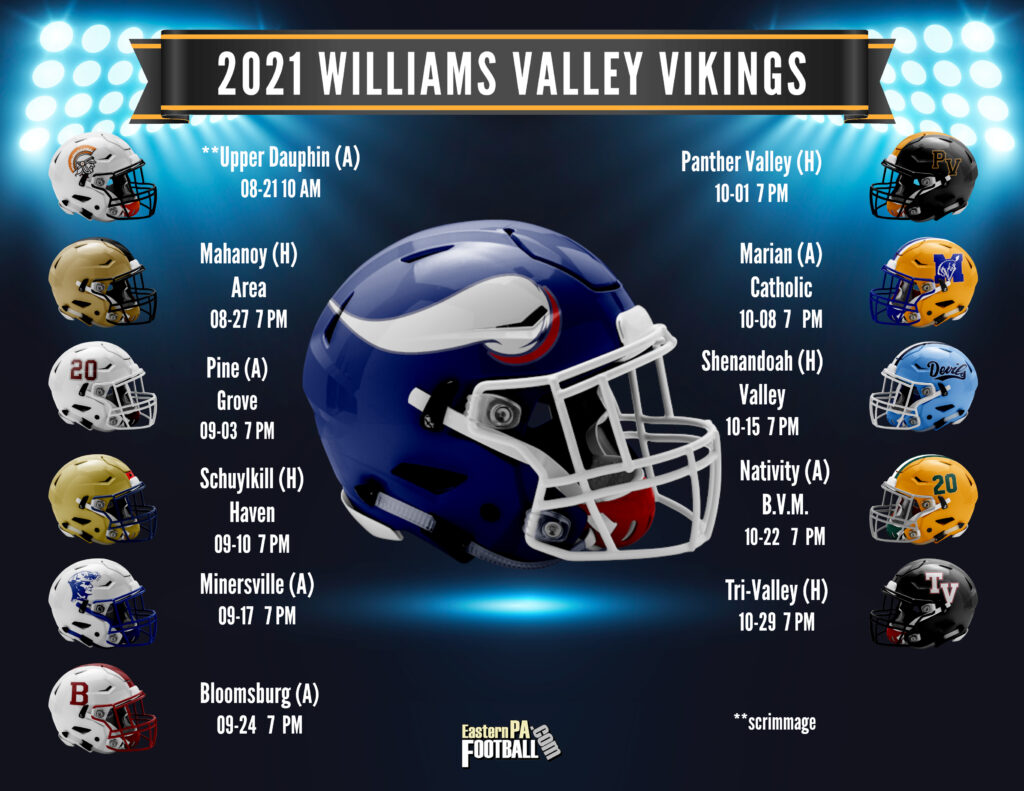 Alex Achenbach rushed for 501 yards on 78 carries and three touchdowns. He caught for 87 yards and one score.

Logan Williard rushed for 92 yards and four touchdowns. He caught 11 passes for 162 yards and two touchdowns. On defense, he had 61 total tackles, 2 sacks, 5 interceptions, and 7 TFL.

Hunter Wolfgang rushed for 350 yards on 61 carries and three touchdowns. He caught seven passes for 188 yards and one score. On defense, he had 47 total tackles, 2 sacks, and 8 TFL.

2021 Offensive Outlook: Offensively we will be missing the multiple-year all-state players we have had in the past. The offense will be the same multiple set balanced attack with our deepest team in the skill position ever as a staff. Lots of inter-changeable athletes. the competition this off-season has been our most aggressive to date. A couple of options at the QB spot. we return 5 of our top 6 offensive linemen from a year ago. It’s imperative that this is the team’s strength.

2021 Defensive Outlook: 4-4 With several zone and man coverage looks from the secondary. Lots of depth in the front 8 box. Nearly All new guys in the secondary to start 2021. Harass the QB and fill the run lanes.

2021 Special Teams Outlook: Very talented returners with the bulk of the special teams unit back. Must find a punter and kicker.