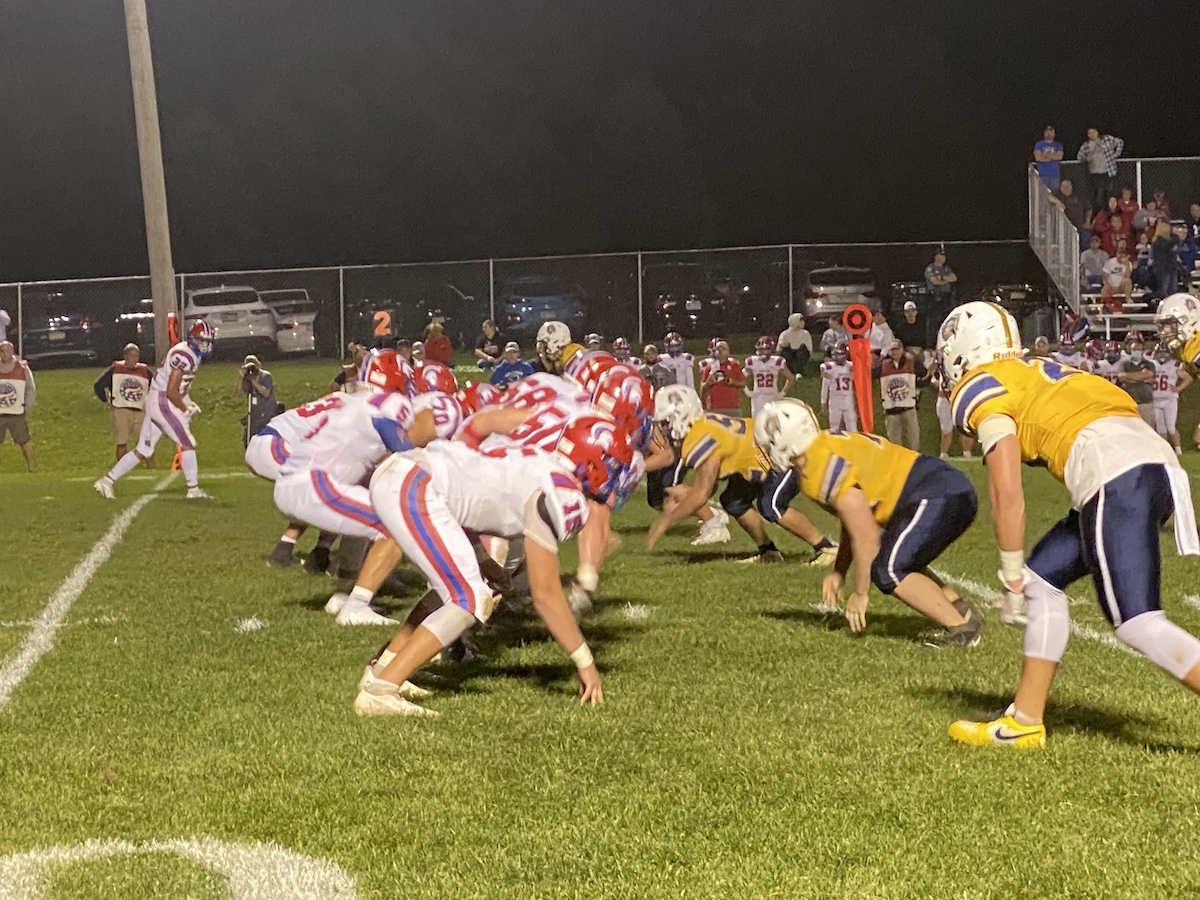 EASTON – North Schuylkill and Notre Dame Green Pond went at each other Friday night to see who would have the inside track for District 11 3A playoffs. Both teams entered the game unbeaten in a highly anticipated matchup Friday night.

After falling behind 7-0 early in the first quarter, the Spartans rattled off 35 unanswered points to claim a thrilling 42-21 win over the Crusaders.

The Spartans answered right back like a heavy-weight fight. Robbie Weitz pounded his way into the end zone for a seven-yard touchdown run. Gavin Mentzer’s kick tied the game up at seven.

The opening second-half drive ended on a Josh Chowansky 5-yard touchdown run capping off a 15-play drive that took 6:40 off the clock. Spartans lead 28-7.

The Crusaders turned the ball over at their ten-yard line. Hall found Joey Flail for a ten-yard pass with 5:10 remaining in the third quarter.

In between both Crusaders’ scores, Spartan’s Josh Chowansky went 46 yards for a score.