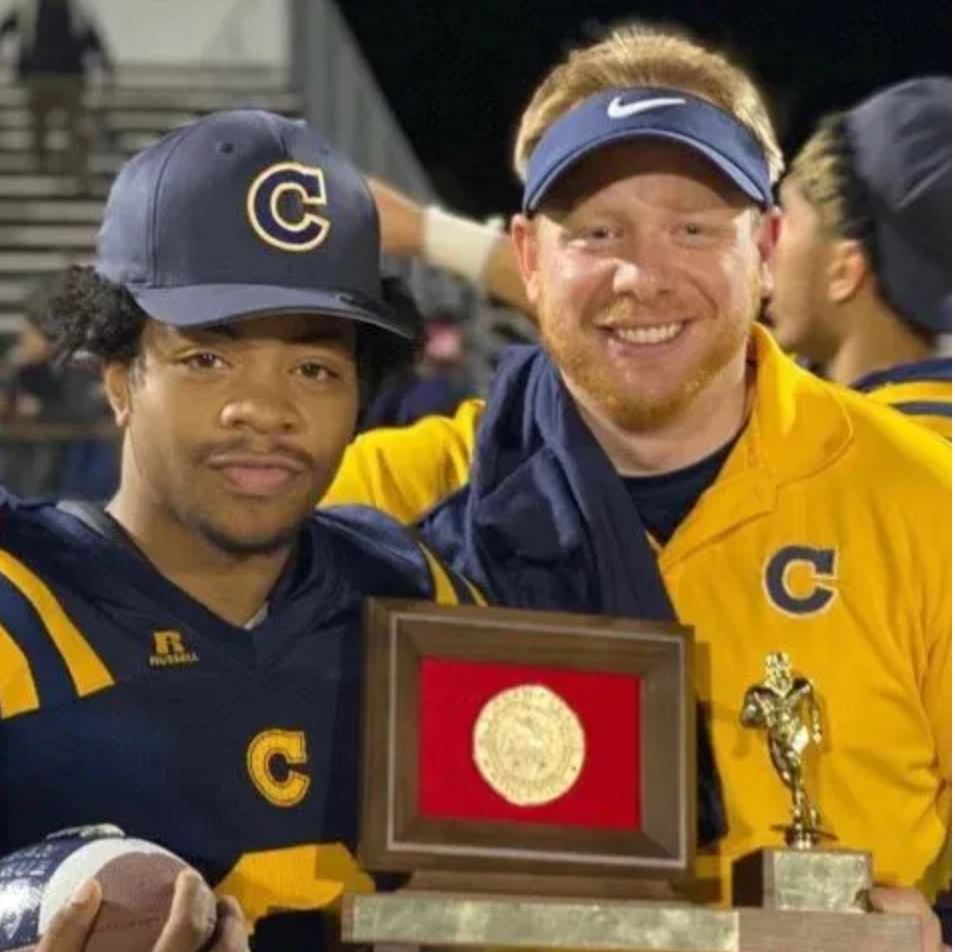 “I know I have some huge shoes to fill. Coach Ryan is a kind of a legend in Radnor and Delco,” said Yeiter.

He is a teacher at Radnor Middle School

“For the last six years, I have taught at Radnor Middle School. I teach the eighth Grade Integrated Program called Soundings.  Soundings is a nationally recognized, ungraded program that integrates ELA, Social Studies, and Science into a student-centered and research-driven experience for eighth-graders.”

What is your previous coaching background?

“My first experience of coaching football came during my sophomore year at Ursinus. I went in as a Strong Safety, but I tore my hamstring three times over my first year and a half at Ursinus. After tearing it the third time during camp my sophomore year, the coaches (Coach Gallagher and Coach Quigley) thought they could put me to some use. That year, I ran our Defensive Scout Team/Huddle during practice, as well as the Special Teams Box on gameday. Thankfully, I was able to get Platelet Replacement Procedure on my hamstring and play my final two years at Fullback.”

“In the spring of 2017, my friend Ryan Nase got the head coaching job at Cheltenham High School and asked me to join the staff. I served as the Defensive Coordinator there my last three years, being part of our 2019 Team that went to the 5A State Title Game against Archbishop Wood.”

“This past year I was the DBs coach and Special Teams Coordinator at Archbishop Wood (a little weird coaching at the spot that beat you in the state championship only two years prior).”

What are your goals for this team?

“My ultimate goal is to turn this into a college-like experience for our players.  I really believe that so much of the success that Coach Nase was able to build at Cheltenham was due to how the entire program was run (we did have a lot of stud players too).  From the way we watch film, to the way we analyze our opponents, to how we lift/condition, to how we practice, Radnor Football will be run like a top-notch program.  There are some resources that we will use, such as a VR Football Program created by my brother, that will help us to reach that goal.”

“I know this will take some time to build, but I want our kids to be excited to be part of something like this.  At the end of the day, if we are able to accomplish this goal, the wins and losses will take care of themselves.”

“Additionally, for any of our players that have the goal to play at the next level, I will do everything in my power to make that come true for them.”

What are your thoughts about the league you will be playing in?

“I think that Southeastern PA has some of the best and most competitive football in the entire state. I have had the opportunity to coach in the Philadelphia Catholic League and Suburban One for many years.”

“Now, I am moving to the Central League, which I see as extremely similar to Suburban One (Of course we are all considered District I). Every single week you are going to be playing a really good team, which is something that I look forward to. Ultimately, our goal is to build a program that has sustained success year-in and year-out like Garnett Valley and Strath Haven.”