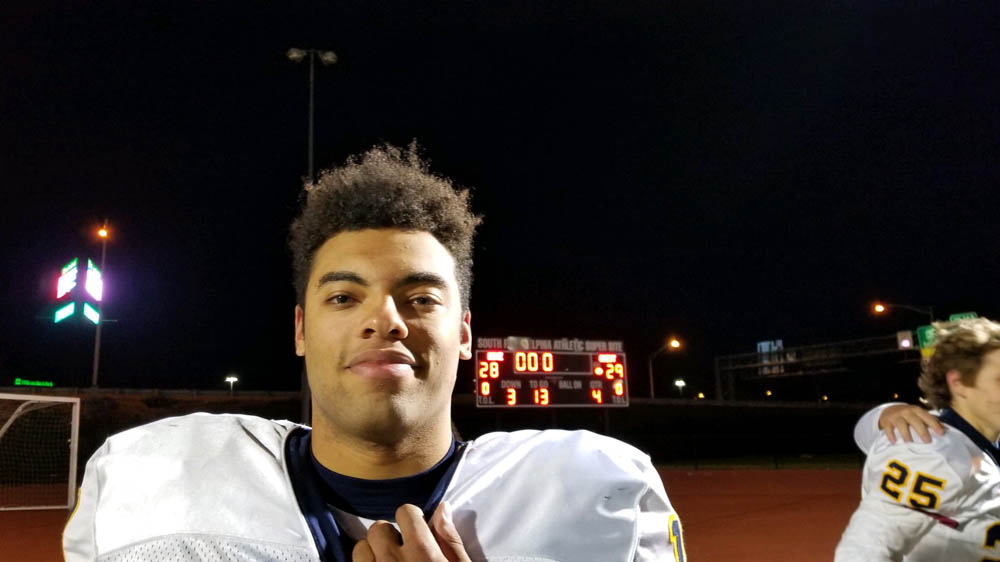 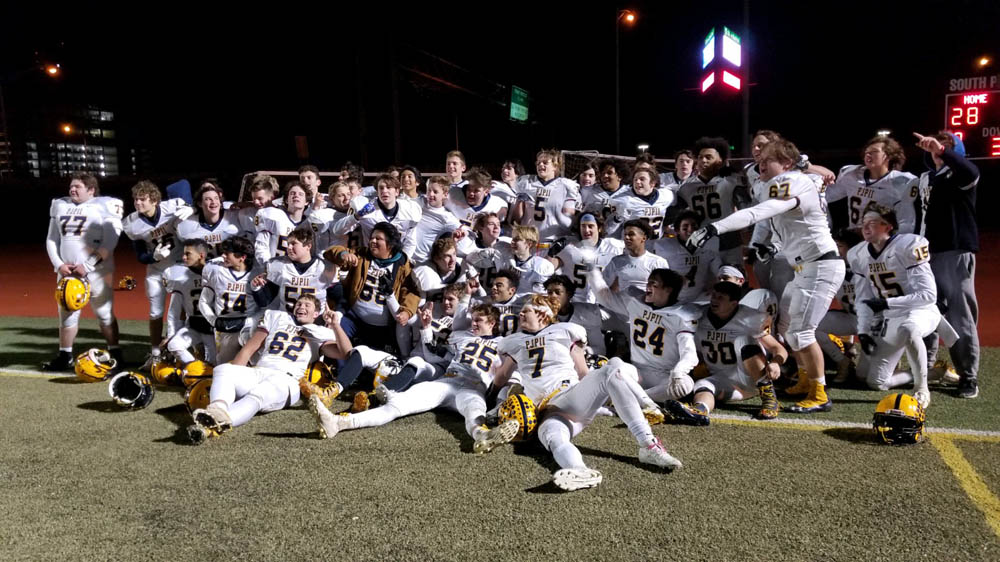 PHILADELPHIA, PA – Justin Kormos had his doubts. The Pope John Paul II receiver, however, wasn’t about to express them openly. Because staring him and his teammates in the face was only their season, and the Golden Panthers’ first-ever PIAA District 1/12 Class 3A championship.

They had to travel 43 yards and were facing a fourth-and-10 at the Neumann-Goretti 43-yard line, with 1:41 left to play. Quarterback Kamal Gray, who had 34 touchdown passes this season, had completed just one pass for positive yards in the second half.

It didn’t matter. Golden Panthers’ coach Rory Graver was going against conventional thinking. He called a play Pope John Paul II usually ran against cover-two coverage. This was cover one, and Kormos thought, “Are we sure about this?”

The 5-foot-10, 165-pound junior had one directive: Run away from the safety. So, Kormos ran away for the Neumann-Goretti safety to cradle a Gray pass in his arms for a 43-yard reception that resulted in the game-winning touchdown in a 29-28 upset over the previously undefeated Saints on Friday night at the South Philly Supersite.

It marks Pope John Paul II’s first-ever district title—and its first trip to the PIAA 3A state playoffs. Neumann-Goretti, despite the amazing performance once again of star tailback Tysheem Johnson, saw its season end at 11-1.

“I knew I was getting ball. I like, ‘Are you sure about that.’ Everyone was like, ‘get open,’ and I got open.”

All appeared wrapped up, but PJPII made a critical mistake on the ensuing kickoff and kicked the ball out of bounds at midfield. The Saints didn’t take long to capitalize, when Marqui Adams hit Malik Griffin with a 37-yard bomb with 1:06 left. The Golden Panthers, however, held firm on the two-point conversion, stopping Johnson at the goal line and securing the victory.

“That’s an extremely talented team that’s well-coached,” Graver said in reference to Neumann-Goretti. “That’s a very good football, but I’m also proud of my guys. We tried to attack the middle the whole game. We saw something there.

“Our group here has made a lot of history and this is just the next step here.”

Pope John Paul II had plenty to overcome in the second half, especially keeping Johnson contained. He scored on a 20-yard run in the first quarter and set up the Saints’ second score tossing a shuttle pass to Griffin, who turned it into a 30-yard score.

Trailing 21-14 with less than a minute left in the third quarter, Johnson proved again why he’s a special player, taking a punt 75 yards for a touchdown, tip-toeing the sideline the last 10 yards.

Defensively, the Golden Panthers appeared to be under wraps. Gray hit Justin Mitala with a 24-yard pass early in the third quarter, then proceeded to 0-for-his-next-10, before breaking that bad run with a completion to Skarbek by the sideline for no gain.

Until that time, the Golden Panthers seemed to be playing with little confidence on offense.

“I saw that looked like it was open,” Gray said in reference to the game-winning play. “This was historical for our school. We have fast guys of our own. We don’t have name guys, but I trust my guys and my guys trust me and we did our jobs.”

The Golden Panthers’ next job is to make more history—and win the first state playoff game in program history.