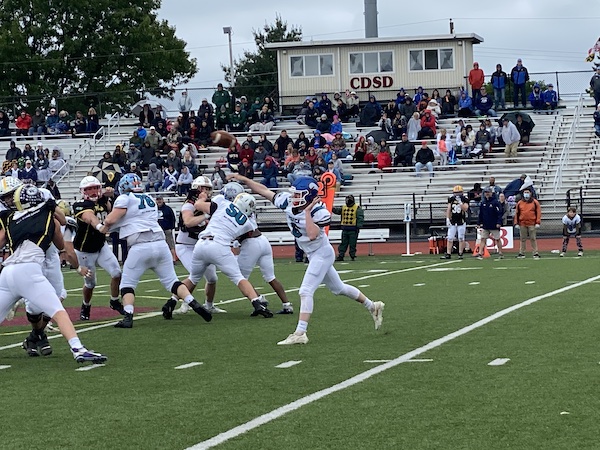 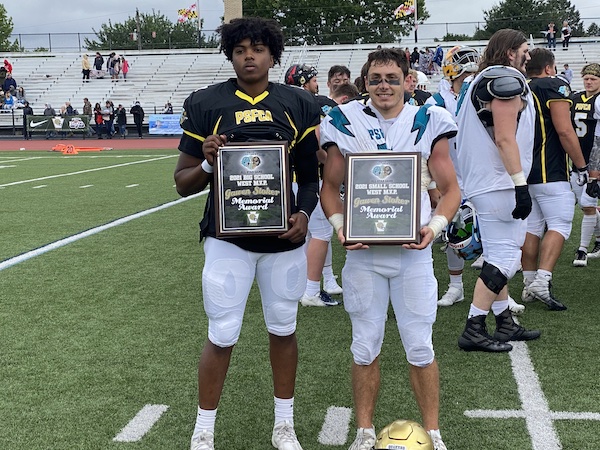 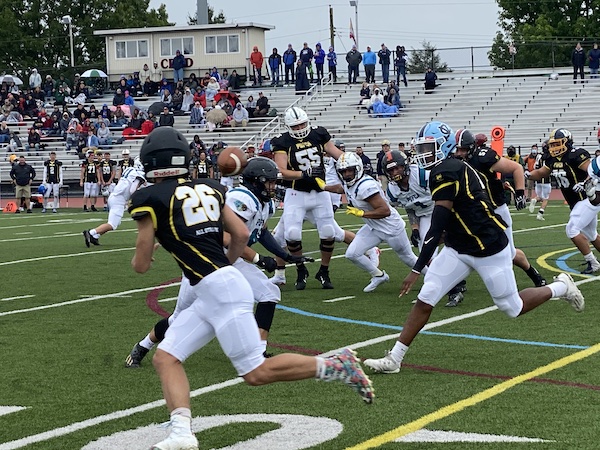 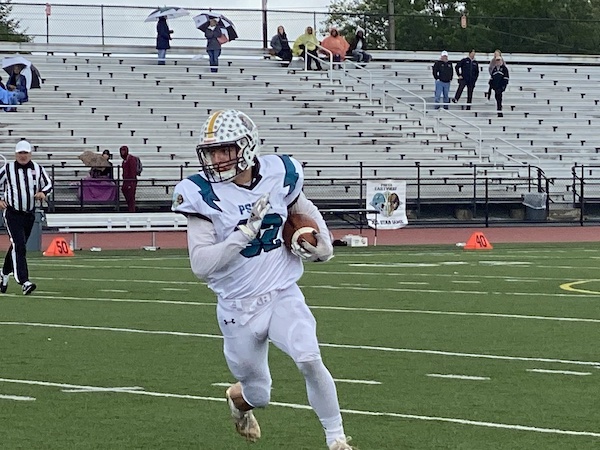 Mike Farr was being honest. The Schuylkill Haven head coach out of District 11 was bestowed with being the coach of the East Team in the East-West Small School All-Star game.

So, minutes after the East beat the West, 17-10, on Sunday at Central Dauphin School District’s Landis Field in Harrisburg, he openly admitted one of the most dynamic players on the field was not originally supposed to be picked.

Farr also admitted how happy he was to change the error of that thinking by eventually selecting Penn Charter’s diminutive receiver Aaron Maione to the East squad.

All Maione did was lead both teams with eight catches for 113 yards, setting up 10 of East’s 17 points, and was selected the East MVP. The West MVP was Harvard-bound quarterback Ameer Dudley out of Central Valley.

“The Maione kid was not a pick, I added him to our team as an athlete, he was not (originally) a selection on our team,” Farr said. “But after watching his film, I was like ‘Oh my God, he’s the best in the East,’ and he’s not even on this team. He’s on my team and I grabbed him.

“The kid is a stud, an absolute stud.”

The teams put in their game plans on two days’ worth of practice, and Farr said the East’s first practice day was so bad that he and his coaching staff restructured the offense in one day.

It helped having Maione, whose 38-yard second-quarter reception set up a two-yard Odell Greene touchdown and 26-yard reception set up Macrae Plummer’s 33-yard field on the final play of the first half.

“This was definitely challenging with two six-hour practices,” said Maione, who is going to Davidson to play football. “Connecting is everything. We connected on all cylinders. I think there was an unspoken kind of bond we had.

“Winning (the MVP) was something I never expected. God works in mysterious ways and I’m glad it worked out this way. I had a few other guys on my team that we playing, but they backed out. I drove myself 90 minutes driving myself out here (from the Philadelphia area).”

Monmouth-bound quarterback Johnny Gilchrist, from Riverside, had a great day, too. He completed 11-17   for 189 yards, averaging 17.2 yards a pass, with one touchdown.

Gilchrist and Maione had an instant connection, despite only practicing twice.

“I did look for Aaron, because I never had a guy like that when we clicked like that so quickly,” Gilchrist said of Maione. “I think it’s a testament of how great an athlete Aaron is. It isn’t easy to connect with so few practices.

“This has been an unforgettable experience, considering everything last year. It’s something I won’t forget.”