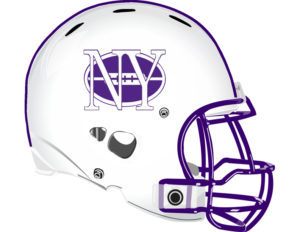 Weaknesses for 2019: Several questions need to be answered on the defensive line. Continued development of the offensive line which returns most of the starters that opened the way for Swartz to gain over 1200 yards in 2018 is another concern.  First year, full time starter Jordan Heisey (QB) will be tested early and often and must develop as an on-field leader.

Coaches Outlook: There exist many question marks among the small, but motivated senior class. We are hoping that this class will develop the kind of leadership quality that they have enjoyed in their junior years.  Returning to district play (but early exit) should be a source of motivation for this group to continue the winning tradition of the past and revisited the last 4 seasons.

We are trying to find ways to motivate players to put more dedication into the program.  Continuing to develop a strong running game is always main concern.  Through a change in our summer workouts and attending a team camp at Lebanon Valley, we hope to develop positive team unity.  The emergence of several underclassmen is seen as a positive.  We will continue to try to develop model citizens as well as good football players through the use of stricter team policies and practices.  Overall, the coaches are excited about this group of returning players in addition to the younger players, and are looking forward to 2018.