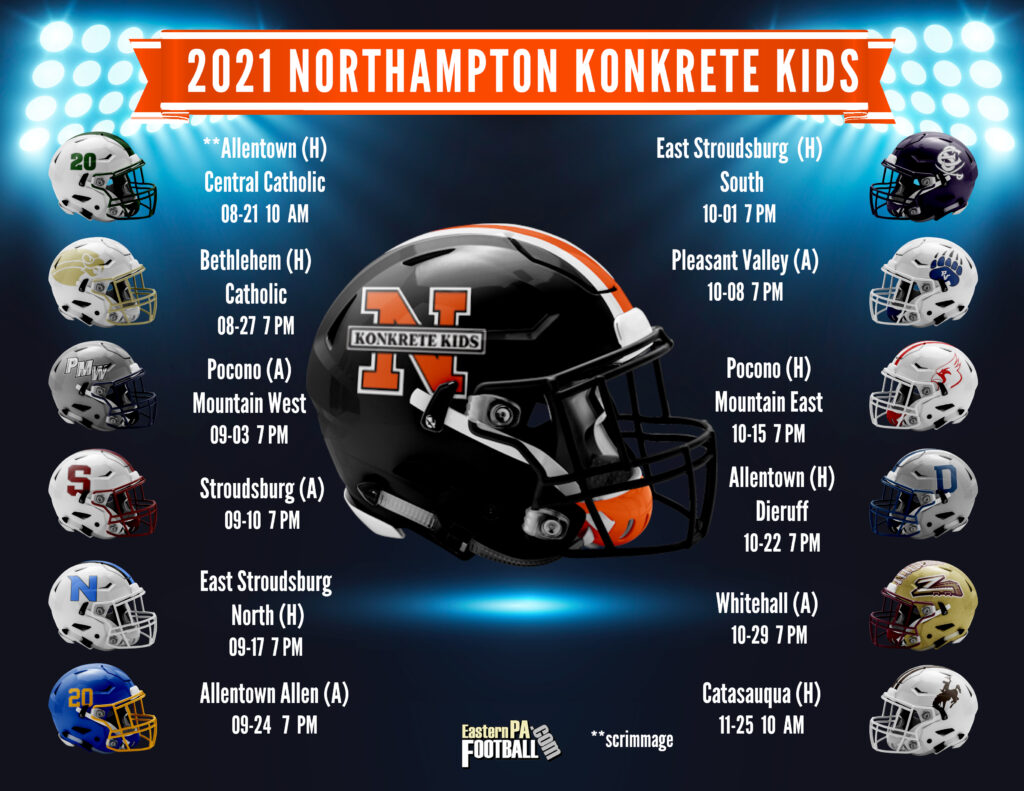 Victor Hunt had 16 total tackles and one interception

Caden Reph had 9 total tackles and on offense, he had 3 catches for 22 yards

2021 Offensive Outlook: We will employ a spread offense, that will be anchored by 3 returning linemen. Both tackle positions are an open competition at this time between, Sr. Keith Deegan, Sr. David Weekes, and Sr. Christian Bundra. Last year’s wide receiver, Cooper King, will move to QB to take over for record-setter Joe Kerbacher. We feel we have some dynamic receivers in Sr. Victor Hunt, Jr. Jaelan Richardson, and Sophomores Tristin Pinnock and Michael Coleman. Running back is our focus this summer as several players are competing for carries. Sr. Everett Luisi, Jr. Jeff Head, and So. Caden Henritzy are all competing at tailback. Our offensive philosophy will be to spread the ball to all our athletes and force defenses to defend the entire field.

2021 Defensive Outlook: We return some key interior defensive linemen in Sr. Ethan Schweitzer and Jr. Christian Bundra, as well as, both cornerbacks in Victor Hunt and Sophomore Tristin Pinnock. Newcomer Andrew Sharga will help solidify the defensive front at the defensive end. The Inside linebacker position was hit hard by graduation, but Caden Reph got quality time last year and Sr. Isaiah Robinson and Sophomore Brett Rickert have looked very good this summer. In the secondary Sr. Everett Luisi played in several games last year and will anchor the defense secondary at safety. Our outside linebackers are our focus this summer as several players battle for starting spots. Sophomores AJ Slivka, Caden Henritzy, and Michael Coleman, as well as, Jr. Jeff Head, and Sr. Maycen Harryn are all competing at the outside linebacker position. We have taken great strides this offseason throughout our 7 on 7 schedules.

2021 Special Teams Outlook: We have to replace graduated kicker Aidan Reinhard who is headed to Lehigh to kick. The role of kicker will be filled by Jr. Vincent Santostefano, who is more than capable of filling his shoes. In our return game, Jaelan Richardson can be an electrifying punt and kick-off return man. We return Sr. long snapper Dylan Bauer to solidify the critical snapping responsibility. We are working hard this offseason to get better at the little techniques associated with special teams. Overall team depth is good to field a solid group of special team players.