Spartan kicker Aidan Cirulli converted his third PAT of the game in the 2nd OT to lift Wyomissing to a thrilling 21-20 victory over the Pottsville Crimson Tide. After Damon Yost scored his second TD of the overtime sessions, the Tide were called for a false start on their PAT attempt and head coach Tom McGeoy elected to go for two. Yost’s pass attempt to Addison Mullins was broken up by Braydon Eberhart of Wyomissing. With the Spartans on offense trailing for the first time in the game, head coach Bob Wolfrum went to the beasts up front. It took two carries by Evan Niedrowski (an offensive lineman by his number 59) to score the touchdown and give Cirulli the chance to kick the winning PAT.

The teams traded touchdowns in the second quarter. Wyomissing used a defensive interception by Amory Thompson to set up a 16 play, 72 yard, six minute and seventeen second drive ending in a Max Hurleman five-yard run for the score. Pottsville then drove 12 plays for 80 yards in 3:26, using a fake punt that gained 14 yards. Yost found Mason Barnes sliding across the back of the end zone for a 15 yard pass to tie the score 44 seconds before halftime. The second half went without any points scored.

This game was a classic case of no team deserves to lose. The victory is even sweeter for Wyomissing considering they were starting their backup quarterback, Jordan Auman, because their starter, Zach Zechman, is out with a season ending knee injury. When asked about getting the start and being prepared, Auman said, “I was getting third string reps here and there over the summer, and I have great players around me so I knew I was ready.”

Max Hurleman had another great game for Wyomissing with 82 yards on 17 carries, and 46 yards on three receptions. Damon Yost led the Tide by completing 14 of his 26 pass attempts for 144 yards.

Wyomissing improves to 2-0, and Pottsville falls to 1-1. 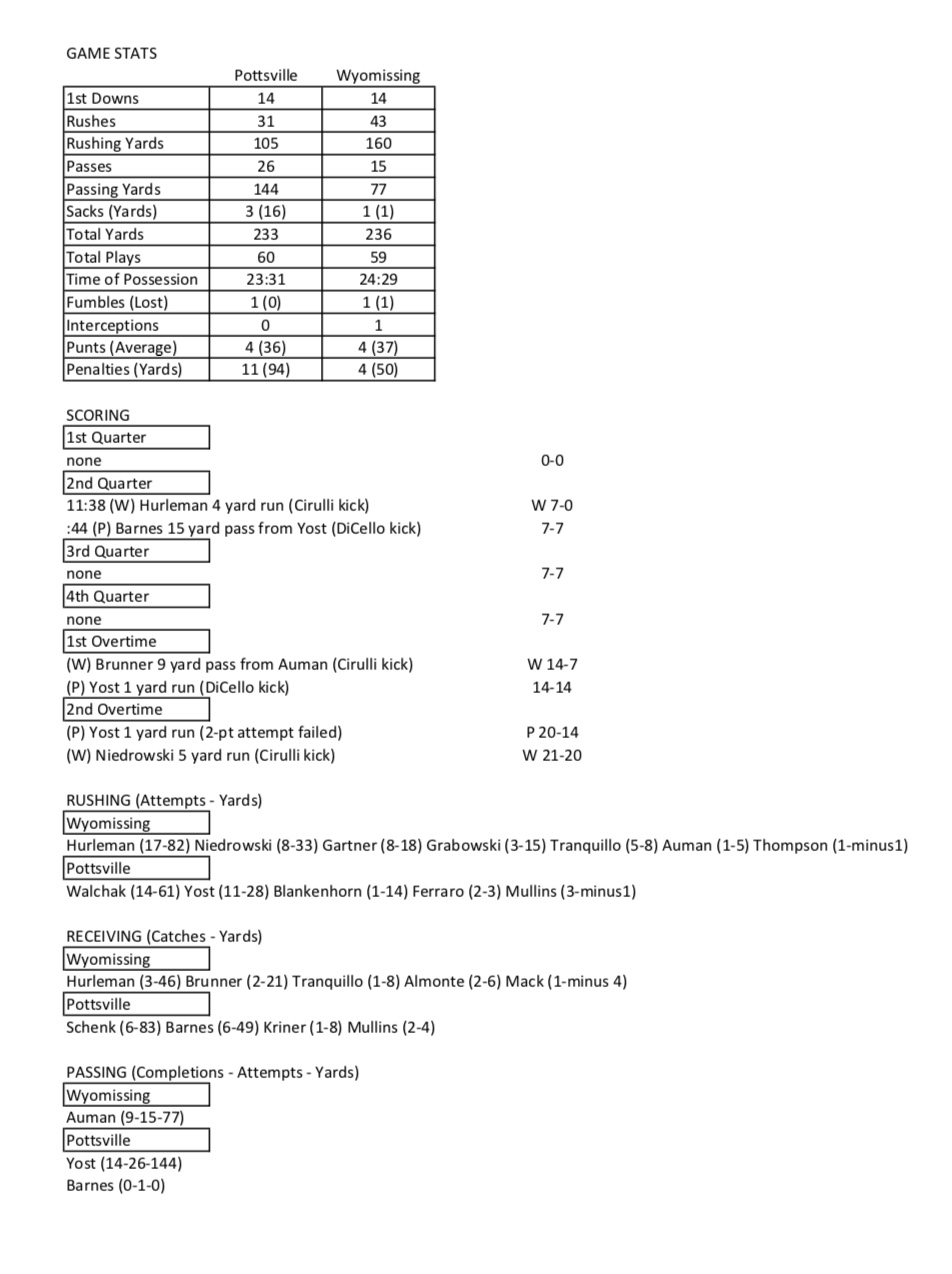 « Southern Lehigh pulls away from Palmerton, 27-12
Lewisburg over Central Mountain »