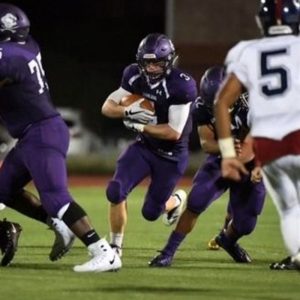 Coaches Comments: Ryan Clark returns to the Cavaliers for his senior season after rushing for 1,057 yards his junior year. Clark and teammate Sean Solomon (2017) joined Andy Eagleson and Demond Howard (1989) as the only duos to both rush for 1,000+ yards in a season for the Cavs. Look for Clark to have more carries this season as he leads a Cavalier offense that has averaged 42 ppg against EPC North opponents the past two seasons.