🏈 EASTERN PA FOOTBALL ON ROKFIN: If you enjoy Eastern PA Football’s ongoing coverage of football in Pennsylvania, please consider subscribing to my Rokfin channel here. Subscribers get full access to all of my player rankings, previews, stats, recruiting news and more – as well as full access to other Rokfin channels like Tom Lemming’s Prep Football Report, NFL Draft Scout and College Football Today. 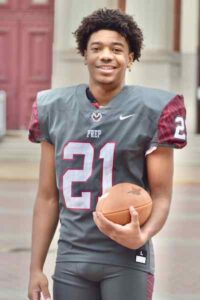 Noble House patiently waited. The St. Joseph’s Prep senior knew his time would come, though maybe not in such a large, impactful way.

House, a 5-foot-10, 180-pound tailback, scored a career-best three touchdowns in the Hawks’ dominating 38-14 victory over a good La Salle team on October 17 in a Catholic League Red Division opener for both teams at Cardinal O’Hara.

House, playing in place of the injured Josh Barlow, the Hawks’ starting junior tailback who was hurt in Prep’s season-opener, had been waiting for his chance.

A four-year varsity player for the Hawks, House is the son of Al House, a defensive lineman for Temple in the early-1980s.

“I’m just happy that we’re having a season and grateful for the opportunity,” said Noble House, whose door may be open to incoming college offers. “It feels great for this to finally happen. In the moment, it didn’t hit me at all, it was like I was playing another game of football.

“I stayed faithful, hoping my time would come. I always believed I could play at this varsity level. It was just a matter of getting the chance to play. Yeah, you can say I had a great fantasy game, 13 carries and scoring three touchdowns. My goal is play college football. Hopefully, games like the one I had against La Salle can help.”

The Hawks are now 2-0 and are consciously navigating the COVID-19 pandemic like every other high school football program in the country.

House scored on three 1-yard touchdown runs, two in the first quarter. The Hawks charged out to a 38-0 first-half lead, before Prep coach Tim Roken pulled his starters in the second half.

“Noble has really dedicated himself to this program and deserves the opportunity,” Roken said. “Noble is a good kid who works hard, and has done a ton of things that you don’t see that helps a program.

“Noble has given great effort and has been a varsity player since his freshman year. He got a chance to be in the spotlight, and he has played some wide receiver for us, as well as running back. He’s very elusive in open space, and very good downhill. He’s also a very savvy player, and great in open space.”

Roken sees a future for House playing college football. He also stressed that House really pushed himself in the offseason.

“Noble is a humble young man who’s been very coachable, and is willing to play any position you ask him,” Roken said. “He’s making the most of this opportunity. He will have an opportunity to play college football and be a Division-I level player. Noble has some great film right now.”

Moving forward, Noble will share the backfield with the explosive Barlow, Prep’s version of Darren Sproles.

Prep is scheduled to play Archbishop Wood this Saturday night at 7 p.m. at William Tennent High School. Both teams are 2-0.

Before the end of the season, it’s possible both Trotters may be scoring a few touchdowns themselves. 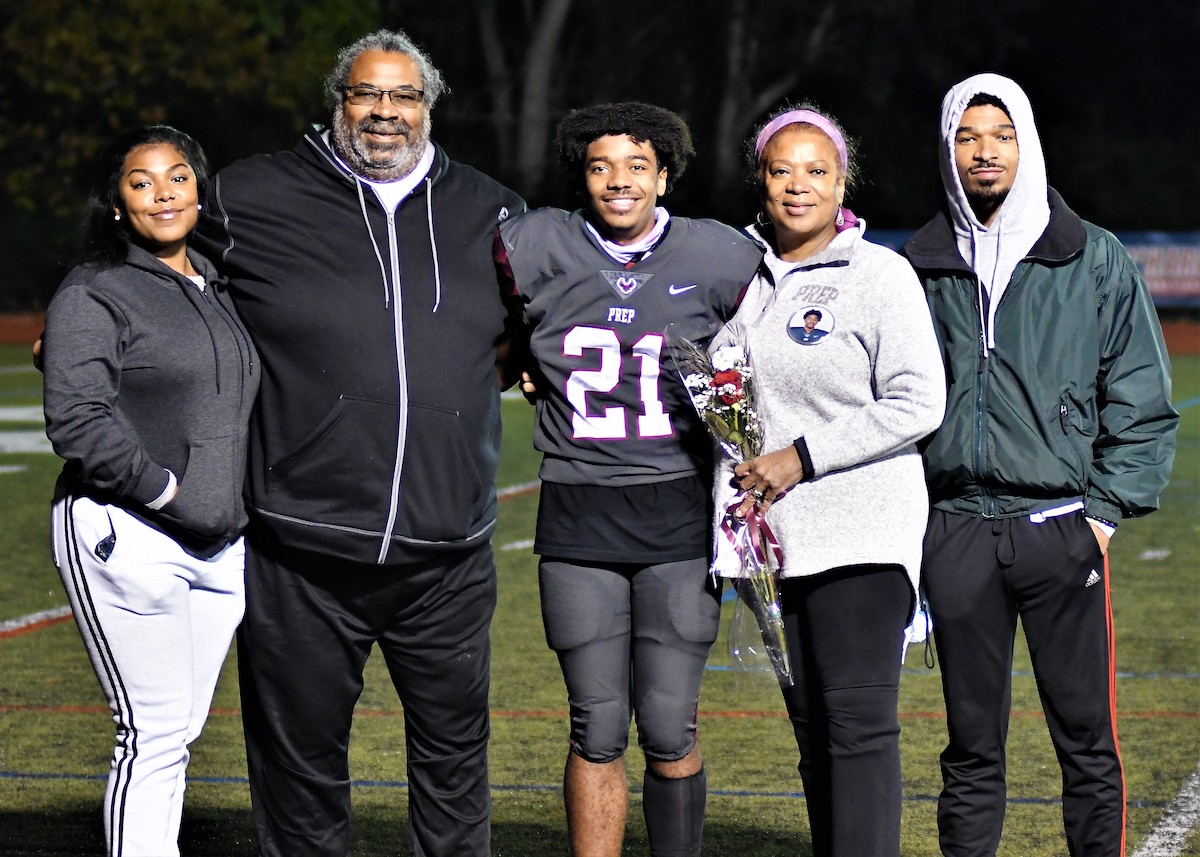