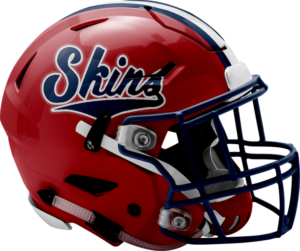 Key Stats: Senior Running Back Chris James has averaged over 100 yards rushing in every game he has played in the past two seasons.

2020 Offensive Outlook: Senior Chris James is back for his third year starting at tailback for our team. He will be running behind senior fullback John Hutchinson who is also a threat when he gets his hands on the football and can catch the ball out of the backfield. We have a nice nucleus of offensive lineman returning including 2 three-year starters in Soska and Monaco. The other returner, Nate McGlone is a good leader on our team. Tight end Andrew Kindness is a competent blocker who catches the ball very well. The receiver duties will be split between juniors Gavin O’Connor, Dylan Bove and senior James Rosario. Senior Aiden Schlupp, and Junior Nunzio Zydzik will compete for the QB Job.

2020 Defensive Outlook: The defensive line looks to be the strength of this unit with 3 returning starters in Sakhokia, Soska and Monaco. Look for junior Debrick Johnson to come on strong as the fourth piece of this unit. John Hutchinson, Jordan Denis and Greg Orleski are three linebackers that gained a lot of experience last year and are hungry for a great year ahead. Junior Gavin O’Connor will anchor our defensive secondary. A challenge early on in camp will be to find some more guys to help him in the defensive backfield.

2020 Special Teams Outlook: Junior Sean O’Hara will be back for his 3rd year of snapping duty. Senior Tommy Leonhauser looks to take over the kicking duties after waiting in the wings the past 2 years. He has been working very hard.