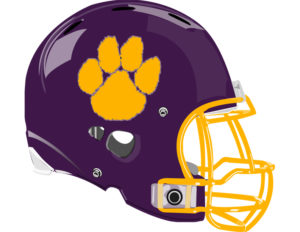 2019 Outlook: Please let us know the keys about your team on offense, defense and special teams. What are your keys to having a successful year?

Overall, with a new first time Head Coach, the 2019 season for the MLK Cougars is a bit of a mystery. Having lost a significant amount of talent to graduation on both sides of the ball, the Cougars enter the season very inexperienced in many areas. We’ve had a great off-season, but there is no substitute for experience.

Offense: A bright spot is that we return some great players on our offensive line, so we look forward to a strong run game with returning 1,000 yard rusher Robert Laurie-Clark. The key to our success is our skill development in the off-season. We last a lot to graduation, but have some young hungry guys ready to step up.

Defense: 2018 will be tough to follow as the Cougar Defense was stingy a year ago. Leadership is solid as we return two of our top defenders in Cornerback Mims and Linebacker McFarlane, but replacing so many college-bound players is going to be difficult. The key to a successful year will be young leaders stepping up and others emerging.

Special Team: In 2018, we had one of our best recent years on Special Teams. All units were very sound and well coached. The keys to a successful year is the continued development of McFarlane as a third year starter at Punter and Kicker.