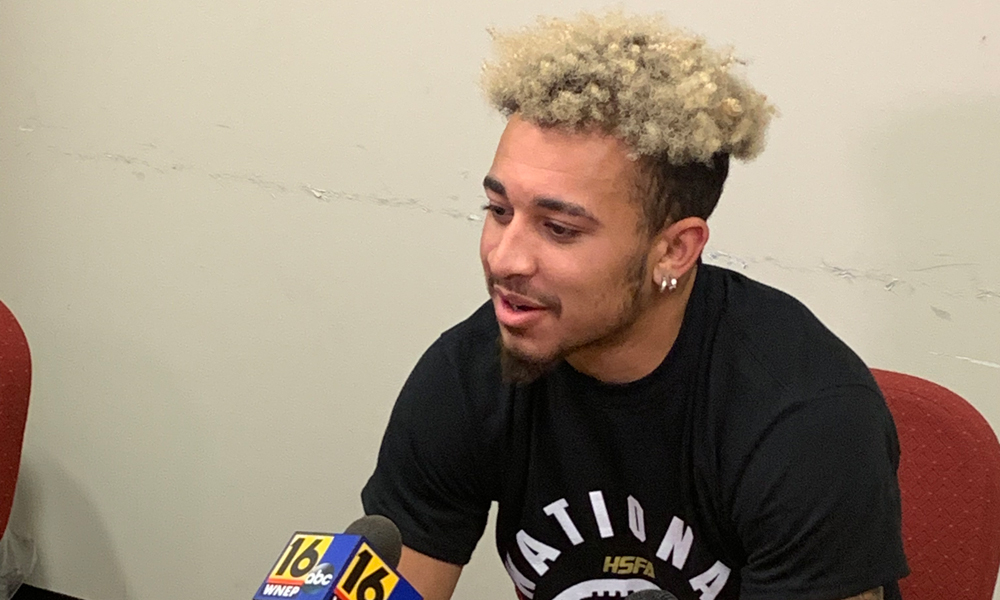 They start the season ranked number one in the nation according to High School Football America and bring a 32-game win streak. They will be tested in week one when the Tigers travel to Hammond, South Carolina. Hammond has won two straight SCISA 3A titles and 16 in school history. Coach Kimrey has won two titles since 2004. The Skyhawks carry a 25-game win streak. They are led be Jordan Burch who is ranked No. 8 in the country by 247Sports.com and Alex Huntley is ranked No. 168.

The Tigers are led by the No. 1 ranked wide receiver in the nation according to 247sports.com. Julian Fleming, an Ohio State commit, who caught 78 passes for 1,524 yards and 22 touchdowns. On defense he had 20 tackles, nine pass breakups and four interceptions (three TD’s) in 2018.

On offense, the Tigers one-two punch at running back is one of the best in Pennsylvannia. It starts with Michigan commit Gaige Garcia. Last year he rushed for 2,042 yards and 38 touchdowns. He caught 13 passes for 284 yards and 8 touchdowns.

His younger brother Gavin rushed for 1,179 yards, including 23 touchdowns. He caught six passes for 139 yards and two touchdowns. Look for the Garcia brothers to put up huge numbers in 2019.

The Tigers return plenty of experience on defense in 2019.

Linebacker Cal Haladay is a three-year starter and had 131 tackles, five sacks and 12 hurries. He already has the school record for tackles.

Returning on the defensive line is Lear Quinton. He had 68 tackles, 4.5 sacks and 14 hurries.

Preston Zachman played all over the field helping the Tigers in 2018. When he played at receiver he caught 19 passes for 372 yards and four touchdowns. He rushed for 122 yards. At quarterback he passed for 597 yards on 29 of 44 completions with eight touchdowns and one interception.  Yes he also had time to play defense too. He had 31 tackles, 2.5 sacks and two interceptions.