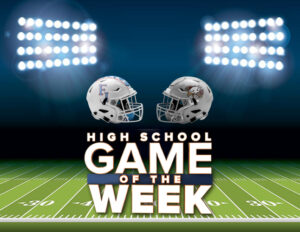 BOOTHWYN – I have walked out on the field for quite a few big football games.  But the feeling of walking out for the first Spring football game in PA history was something special.  The reason it was special was that both schools had already won before the game was even played.  The teams and communities have battled for months against COVID and getting these football teams out on the field mean they have now won.  Won by persevering through adversity. Won by devising new protocols and making sacrifices to get these athletes out on the field. And when the whistle blew and the pads started popping, we were playing football once again. Chichester and Father Judge put on a great show Friday night for the rest of the state.  How fitting that the game came down to a goal-line stop by the Eagles with 6.4 seconds left to preserve a 27-19 over the Father Judge Crusaders.

Chichester QB Zach Taylor had two TD passes to lead a sharp Eagles passing game.  Staring Reeves’ long pick six in the fourth quarter was the turning point of the game.  Father Judge relied on a pounding running game led by Jake Marquis for most of its offensive success in the game.

After an understandably sluggish start by both teams, Chichester got on the board first.  The Eagles held a 7-0 lead after one quarter.

The second quarter was the most entertaining of the game.  Father Judge got its ground game going to move in front.  Chichester put in a late score before half to regain the lead.

Chichester hit pay dirt with its first drive of the third quarter.  Father Judge pulled close as we went to the fourth.