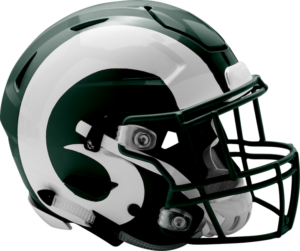 Key Stats:
• In 2019, had a 1,000 yard WR (Chimienti), a 1,000 yard rusher (Timmy Smith) and a 2,000 yard passer (Mosey).
• Won the mid-penn commonwealth for the 8th time in 11 years.
• Finished the decade as the winningest team in the mid-penn commonwealth (overall, regular season, league, playoffs). 103-29 overall record for the decade.
• The Chambersburg game is the 6th annual Gold Star Mom game where 16 players play for 16 fallen heroes……So far, 5-0 record in this game and have outscored opponents 207-39 against Harrisburg, Wilson, Carlisle, CV, and Berks Catholic

2020 Offensive Outlook: Some experienced skill players, but graduated 4 of 6 guys up front……Max Mosey had a phenomenal sophomore season at QB and Timmy Smith put up some big numbers as a junior….Will need our new offensive line to gel quickly….Having Blaise Heshler and Nathaniel Mosey returning will help with that process.

2020 Defensive Outlook: LB’s will be the most experienced group by far with the return of Paul Clark, Timmy Smith, and Dan Ficca…..Shamarr Joppy also played a lot in the playoff run….Three-fourths of the secondary graduated….Malachi Bowman, though, is a very good player to have back at corner…..Up front graduated all 5 guys who played the most on defensive line…..LB’s and Bowman will have to play big early until the new faces start to emerge as solid contributors.

2020 Special Teams Outlook: Ahren Stauffer split time at kicker last year, booting some key FG’s as a sophomore…..Nathaniel Mosey will be a 3-year long-snapper….Timmy Smith and Malachi Bowman both had some huge punt returns/kick returns last year including in the state semi-final and state championship games….Stauffer will most likely take over the punting duties as well.