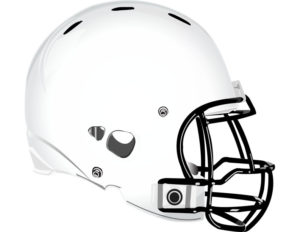 Key Stats: Senior DB Liam Dwyer had 11 interceptions in 2018. RB Gage Sutliff is a powerful running back who will look to anchor the defense.
Whole new coaching turnover in 2019.

2019 Offensive Outlook: We have a new QB taking over and as he picks up the offense he will need to be able to make good decisions and throw accurate passes to his receiver. Our offensive linemen are learning blocking schemes and rules and they will need to work as a team and communicate. Our running backs will be expected to learn blocking schemes as well as a new running game. We will be successful if we can limit turnovers and mental mistakes, and be a well conditioned team

2019 Defensive Outlook: We have some strong defensive linemen and linebackers returning to the team this year. We are teaching aspects of the game that the kids did not know before which will allow us to show multiple looks on defense. We will rely heavily on man to man concepts and playing sound, fundamental football. In order to be successful we will need to read keys and react appropriately as well as play good coverage. We will look to get the offense behind the sticks and capitalize on loose balls.