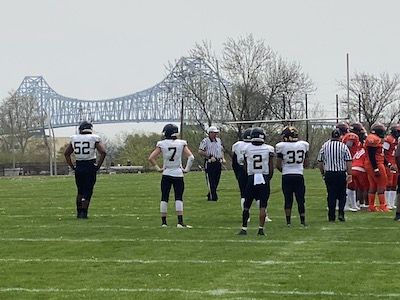 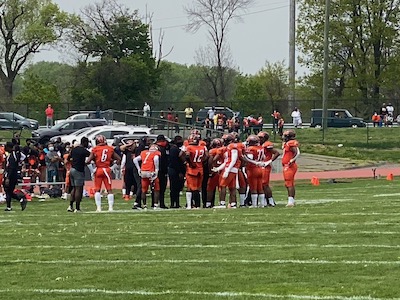 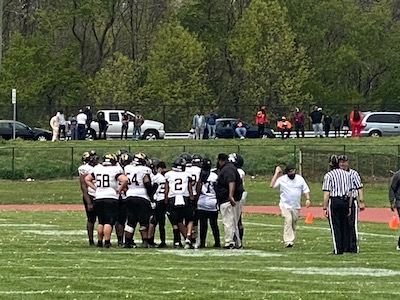 Excuse LaDontay Bell for his enthusiasm. The Chester High coach is in his fifth season as head coach of the Clippers. He just saw his team win the U-10 Championship on Saturday with a 26-18 comeback victory over Truman, and it comes after Chester’s 7-3 year in its last fall season.

Bell has a reason to be pleased.

“I had to look in-house the last year we went 3-7 and make some internal changes, and we moved LaFennis Terry to defensive coordinator and we’ve gone 7-3 and now 5-1,” said Bell, who’s 40. “We made that change, and we haven’t had many points scored on us at all. One of my biggest words is ‘momentum.’ We have a young coaching staff that holds itself accountable.

“We expected to go far this fall. (Senior running back) Anton Sterling was back, and we have a lot of faith in (junior quarterback) Isaiah Freeman (a transfer from Strath Haven).”

But Chester may have someone very special that—so far—is under the radar in 6-foot-3, 190-pound junior linebacker and defensive back Darron Miller, who’s receiving interest from Temple and Syracuse, but it’s a list that promises to grow.

“We’re making strides to the kind of culture that I wanted,” said Bell, who is originally from Washington, D.C., who received his undergrad degree at Cheyney and graduate degree in criminal justice from St. Joe’s. “The program has been resurrected; the culture has been resurrected. Our primary concern is landing young men into college. Last year, we got nine kids into school.

“I tell my coaches, ‘Let’s stay relevant.’ We don’t treat our players like high school players. We try to treat them like collegiate players, so when they get to college it won’t be a culture shock.”

Chester now sets itself up for a strong fall. The Clippers have to be strong considerations with Academy Park and Penn Wood for the Del-Val League title.

“I can’t wait for the fall,” said Miller, who carries a 3.1 GPA and scored a 22-yard TD in the first half against Truman. “We like where we’re going. We can be a very good team and I think people will turn around and take notice. I think we can handle that pressure, and we put in the work.

“We know from going 7-3 last year that we would have a target on our backs. We’re a family that holds everyone accountable.”

There is something tangible that the Clippers can grab and hold tight. It’s a program that now has stability in Bell and more will be expected in the fall. Bell’s Clippers’ Way involves friend, trust, and grit.

His team appears to be following those words.

“One of my messages going into the Truman game is have no regrets,” Bell said. “We scored 20 unanswered points and the kids didn’t give up. Consistency is a driving force with us, and really like we have entering the fall. I think going into the fall we’re contenders.”