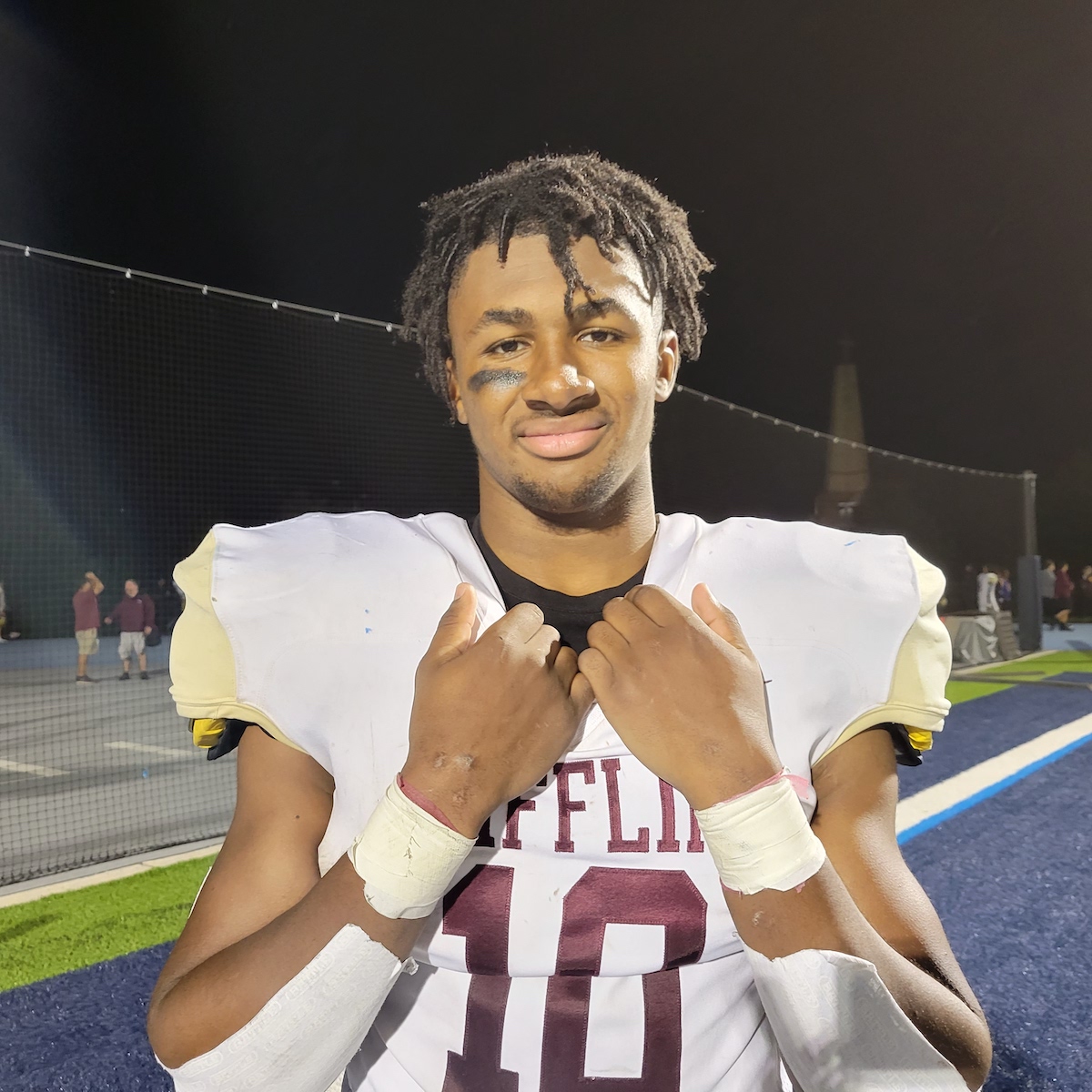 The 6-foot, 215-pound senior running back rushed for 2,043 yards and 41 touchdowns on 165 carries this past season, leading the Mustangs (10-1) to the district championship game. Singleton also caught four passes for 98 yards and two touchdowns and returned a kickoff for another score. An All-State honoree, he has been selected to play in the 2022 All-American Bowl Singleton is ranked as the nation’s No. 1 running back recruit in the Class of 2022 by 247Sports. He averaged 13.2 yards per touch in 2021 and scored every 3.89 touches.

Singleton has volunteered extensively as a coach for Bronco’s “Little Kids” football camps and practices. He is an avid participant in Mifflin’s elementary school literacy outreach program and has donated his time as part of community cleanup initiatives. “Nick Singleton has a dynamic combination of speed and power for a running back,” said Bryan Strohl, head coach at Cocalico High School. “He can get the tough yards or he can break any run for a touchdown if you give him a little seam. In my 18 years coaching high school football, I’ve never seen another running back with the skill set that he has.”

Singleton has maintained a 3.51 GPA in the classroom. He has signed a National Letter of Intent to play football on scholarship at Penn State University next fall.

Gatorade has a long-standing history of serving athlete communities and understands how sports instill valuable lifelong skills on and off the field. Through Gatorade’s “Play it Forward” platform, Singleton has the opportunity to award a $1,000 grant to a local or national organization of their choosing that helps young athletes realize the benefits of playing sports. Singleton is also eligible to submit a short video explaining why the organization they chose is deserving of one of twelve $10,000 spotlight grants, which will be announced throughout the year. To date, Gatorade Player of the Year winners’ grants have totaled more than $3.5 million across more than 1,300 organizations.

Since the program’s inception in 1985, Gatorade Player of the Year award recipients have won hundreds of professional and college championships, and many have also turned into pillars in their communities, becoming coaches, business owners and educators.

To learn more about the Gatorade Player of the Year program, check out past winners or to nominate student-athletes, visit playeroftheyear.gatorade.com or follow us on social media on Facebook at facebook.com/GatoradePOY, Instagram at instagram.com/Gatorade and Twitter at twitter.com/Gatorade.