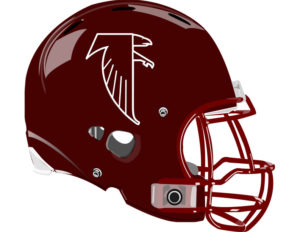 2019 Offensive Outlook: On the offensive side of the ball lineman Darrian Seaman, Ethan McHugh, and Manny Allen will look to lead the way for running backs Isaiah Taylor, Kayden White, and JaDore Colbert. The Falcons will also need a strong season from first year starting QB Joe Silvestri.

2019 Defensive Outlook: The Pottsgrove Falcons will have to “grow up quickly” as the old sports adage says as they will return only two starters on defense: Sr Defensive End Darrian Seaman and Jr Safety Riley Howard.

2019 Special Teams Outlook: The Falcons will look to replace Mike Sereny, who led the state in yards per punt, and was the Frontier Division’s special teams player of the year , with junior, Luke Kaiser. Kaiser is the starting goalie on Pottsgrove’s varsity soccer team.