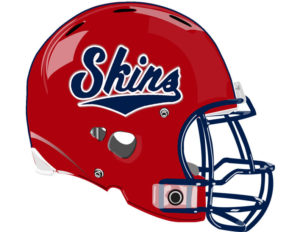 Key Stats: Brody McAndrew enters his senior year with 3,360 yards and 33 Passing touchdowns. He also averages over 40 yards a punt!

2019 Offensive Outlook: Throughout the course of the last 2 seasons, Brody McAndrew has proven to be a talented and dependable Quarterback, as well as a terrific leader of the team. I expect him to continue this during his senior year. We have a good nucleus of offensive lineman returning (Magdelinksas, Monaco, Soska), and feel good about the guys we are bringing in at the other spots. The tight end position will be filled by committee. Chris James will be back running the ball for us after an outstanding sophomore season (1361 yards). Chris has some depth behind him if he has to help us out as a defensive back. Fullback is another position we have depth in. While Hutchinson will be the starter, we have 2 or 3 other guys that have worked hard in the off-season and could be out there blocking for us. The wide receiver void left by last year’s graduating class should be filled by seniors Ian Sheehan and Dawson Obringer.

2019 Special Teams Outlook: Senior Kicker Jack Hughes really came on at the end of last season. He and junior Tommie Leonhauser have been working hard all offseason. We will have a healthy competition at punter during camp, with two candidates looking to dethrone McAndrew of his punting duties. We will have a great short and long snapper for the next 3 years in sophomore Sean O’Hara.