Easton Feasts on Turnovers in Turkey Day Win Over Phillipsburg 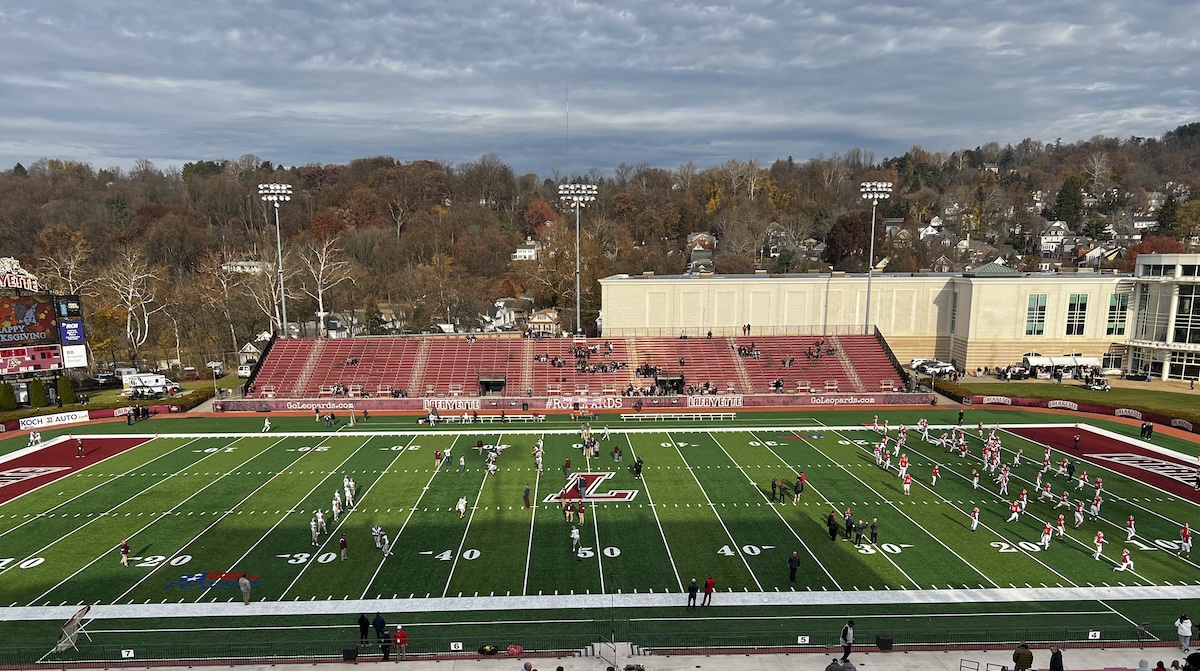 EASTON – As the stage was set, it wasn’t too big for the Red Rovers. Going into the game, Easton was riding a five game win streak in the annual Turkey Day game. But, that streak was in jeopardy with Phillipsburg leading 3-0 late in the game.

When Easton needed a big play, they got it. Easton’s defense forced a much needed turnover. The Red Rovers scored a late touchdown in a 7-3 victory in the 114th playing of this Thanksgiving rivalry.

It was turnovers and an abundance of penalties by both teams that combined for over 100 yards of penalties in the first half. With 10:31 left in the first half, Phillipsburg’s Tristen Canzano intercepted a Cole Transue pass in the end zone to end a Red Rover drive deep in Stateliners territory.

Easton returned the favor. Bryce Billings intercepted a pass and returned it to the Phillipsburg 17.  Easton tried a 42-yard field goal attempt that was no good. But a penalty, running into the kicker by the Stateliners gave the Red Rovers another chance. This time the 37-yard attempt was blocked by Connor Hille with 6:37 left in the half and the Stateliners take over on their 20.

The lack of scoring continued.  With 3:46 left in the third quarter, Phillipsburg’s Matt D’Onofrio kicked a 37-yard field goal and the Stateliners led 3-0.  It looked as though the Stateliners would hold on.

With 2:14 left in the game, the Red Rovers were faced with a fourth down and one on Phillipsburg 18. The 35-yard field goal attempt was no good and the Stateliners take over on their 20.

The stage was set. Phillipsburg looked like they were going to get a first down, instead the Red Rovers stripped the ball and Mikey Hynes recovered it on the Stateliners 15 with 1:10 remaining in the game. With :58 seconds left in the game, Transue hit a wide open Marcus Williams for a 10-yard touchdown pass.

Easton becomes the first team in this series to win six games in a row.