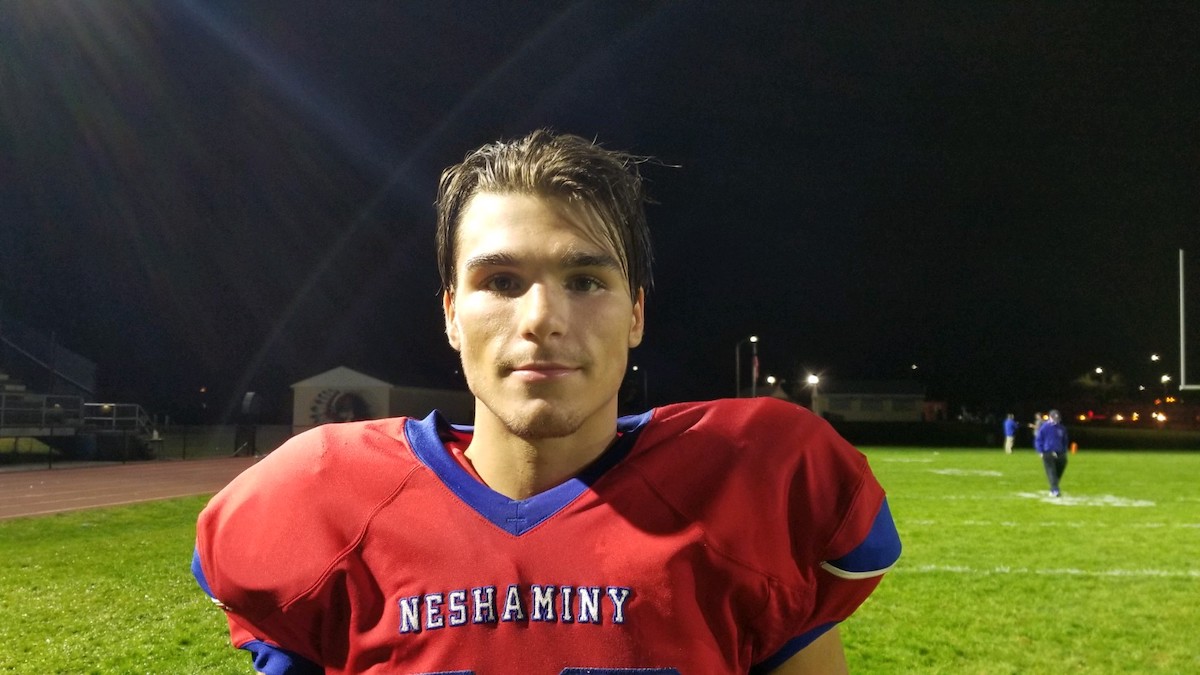 There wasn’t exactly a flowing red cape behind Chris James, nor an ‘S’ emblazed on his chest Friday night. In fact, you had to look hard to find any indication of the Neshaminy senior’s alter identity.

There was, however, no denying the 5-foot-5 tailback was super against Suburban One League rival North Penn in the season opener for both teams, rushing for a game-high 146 yards on 33 carries and a touchdown to lead Neshaminy to a mild 35-19 upset over the Knights.

In this COVID-19 season, where every game holds a special significance, this was huge.

“It was a great effort,” Neshaminy coach Steve Wilmot said. “Going in, we had some offensive linemen back, we had Chris back, and a new quarterback (Aiden Schlupp), who I think executed our offensive very well.”

“Going into this, our guys just had a lot of will,” Wilmot said. “They practiced very hard, they knew what they had to do, and they did it.”

Neshaminy trailed 7-3 and 7-6, after pair of field goals from left-footed kicker Thomas Leonhauser. But a trend was forming. Each time Neshaminy had the ball in the first half, it scored.

The Redskins went into halftime leading, 21-19. Neshaminy amassed 267 yards of offense for the game—200 came on the ground, mostly from James’ lightning-bolt runs.

The pint-sized powerhouse just put his head down and rammed right through the holes his offensive line created. During the times when there was no room to run, James spun to make more yards, or simply bulled his way through.

There is no hesitation when James gets the ball. He’s committed to wherever he’s supposed to go.

Because of his height, he’s been told since he began playing “You can’t.”

“I know people look at my size and they think that I’m easy to tackle, so I get out here and I make sure they know by the end of the game that I’m not easy to tackle,” James said. “I don’t care if I rush for one yard or 200 yards, as long as my team gets the ‘W.’ That’s all that matters to me.

North Penn’s 5-foot-10, 205-pound junior tailback Khalani Eaton was a load to bring down. He finished with 134 yards rushing on 14 carries, and the only recourse Neshaminy’s defense had was to gang-tackle him.

But as the game began slipping away, North Penn was reduced to passing, and Knights’ sophomore quarterback Ryan Zeltt received a punishing baptism of high school varsity football, sacked three times for minus-36 yards. When he did get time, Zeltt threw two first-half touchdowns.

“Every mistake we could have made we definitely made,” North Penn coach Dick Beck said. “I thought Neshaminy played great. Some mistakes were created to them. We have a lot of juniors and sophomores, and we have to get a lot better on defense.”

As James was about to leave the field, someone noticed something wrapped around his right ankle: a blue Superman arm band. His identity may not be a secret for much longer.